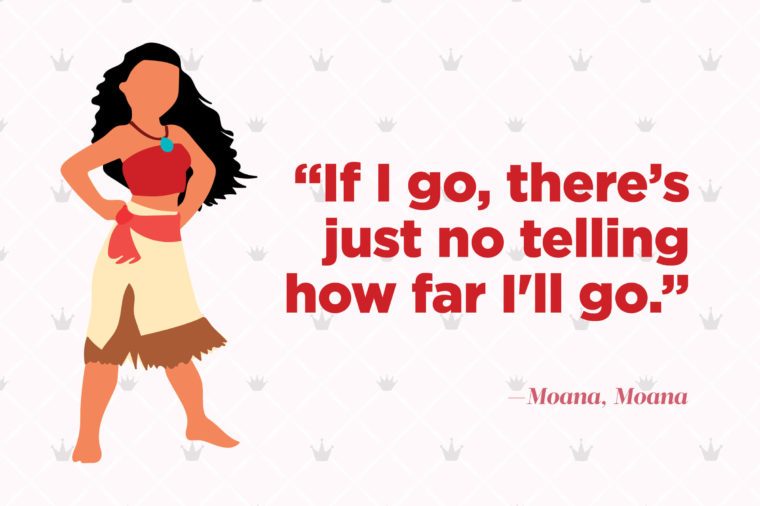 Actually, how far I went was a little over 13.1 miles, but I wanted something cute to start off with!

This weekend was Princess Half Marathon Weekend at Disney World and I participated for the second time, running my seventh half marathon. Princess Weekend consists of three races: a 5K, 10K, and a half marathon. Running all three race is on my bucket list, but I’m just not there yet. (I mean, have you every paid for a runDisney race?!)

Since Princess Weekend starts on a Thursday with the expo my friend and I took Friday off from work and drove the three hours to Orlando. We spent the afternoon at the expo in ESPN Wide World of Sports. It’s a lot of fun just kind of walking about and checking out all the great running and fitness stuff that on display, not to mention all of the official runDisney merchandise that, of course, I purchased.

Now, Michelle and I weren’t running until Sunday and were fully aware that we didn’t really need to go up until Saturday for the expo and packet pickup, but we did anyway. Our job is stressful, we’re both annual passholders, and a day at Magic Kingdom is a cure-all. I’m not kidding. We spent most of Saturday at Magic Kingdom riding rides, dodging crowds, and stuffing our faces with delicious food- er, race fuel.

Flat Ash with a Princess Anna/Frozen theme is ready!

Saturday night was an early bedtime, of course. Anyone who has ever done a Disney race knows that while races start at 5:30ish, it’s best to be at the venue at least an hour in advance. My outfit was all set thanks to my Skirt Sports Lioness skirt and my friend JD over at Harpo Graphics. Princess starts at Epcot and since we weren’t staying on Disney property we left our hotel at about 3:30AM. Traffic is also pretty horrendous due to some construction, so we ended up getting to Epcot around 4:00AM. We hung out in the car before trekking into the welcome area. We’d had coffee at the hotel and bagels with peanut butter in the car, which is my go-to race day breakfast. I usually pair it with a banana, too.

We knew the weather was going to be rough. Early that week there was an advisory about heat and humidity. As south Florida is our home and normal running place, we weren’t too worried. I did start hydrating with Nuun on Thursday and made sure to drink plenty of water all weekend. We had plenty of time to take pictures and visit the porta potties and nothing felt rushed at all. I guess that’s a perk of waking up at 2:30 in the morning!

At the start line!

Once we made it to the corral there was a lot of waiting. My friend and I are not fast runners, so we were in one of the last corrals that also happened to be a very large group. There were about 25,000 runners on Sunday morning, so it was packed! If you read my post about training fail then you know I was not at all prepared for this race! I signed up last summer with the intent of training and things just did not work out for me. I won’t make excuses because it was all me, for sure.

The thought of “faking” a half marathon was pretty daunting but we were ready to run, walk, and have a little bit of fun. The weather was nice for the first few miles…until the sun came up. We had a smooth first half and the sun was coming up just as we were entering Magic Kingdom. One of the greatest things about a Disney race is the characters on the course. There are, in true Disney fashion, always long lines. Don’t worry. You can just take selfies.

My Princes await…but so does the finish line.

Now, the sunrise is Disney is great, don’t get me wrong. It’s the heat that comes with the sun at miles 7-10 that were killer! About mile 8 my legs started to get heavy and I was doing more walking than running. Thank goodness Michelle was there to push me (as always). I had a Gingerade GU to try and perk me up as I was starting to feel hungry, too.

Volunteers were handing out sponges to help runners stay cool.

Mile 10 started with a fairly intense cramp that I couldn’t seem to shake. We were making decent time for a not setting an actual pace and doing some walking, so we took it easy for a little while. The crowd was still pretty thick around us and once we hit an overpass you could still see a sea of runners behind us. It sounds mean, but as a “back of the pack” runner I’m always glad when people are behind me! Coming into Epcot means coming up on the finish, so Spaceship Earth was a lovely sight!

Always be on the lookout for Disney photographers for your fun pics!

I love running through the parks and seeing all of the people there. Even if they are actually there cheering for you, they are still cheering! Unless they are just park goers who had no idea there was a race. Then they are just looking at you being all sweaty and weird. Running is such a fun sport because there are so many different levels of it, but everyone is still very encouraging. One of my favorite things about Disney races is seeing everyone’s running outfits and just the joy (really) of running through Disney.

When no one gives you high fives, you smile anyway.

I made sure to high five the choir for Meridith (no pics, sorry) and that is how you know you’re in the home stretch! Rounding the final corner to the finish line is exhilarating and exhausting. I almost tried to stop, but Michelle pulled me through and we finished at a little over three hours. Our goal is to do a sub three one day, but this was not the race for that.

Once we stopped moving I felt a little queasy. It was nothing a runDisney snack box and some ice didn’t fix. The race was as tough as I expected it would be. My legs were screaming at me afterward as we headed to Disney Springs to eat all the food and then head home. It was a great weekend of fun, even the running part of it. I will always recommend a Disney race to people just because it’s such a huge event and it’s always a lot of fun.

Even if you don’t train for it.

Always get the castle pic.